The Power of Apologizing

When words or actions have caused a rift in the relationship, apologizing has tremendous power in healing the rift.

The person that causes the rift is the one that needs to initiate the apology, although that is not always the case.

I know of a very successful financial services salesman (let's cal him Sam) that took it a step further. He tells a story of a woman he used to work with.

The woman was very difficult to get along with and was causing problems for Sam and everyone else in the office. Sam gave her several hints she was out of line but she didn’t seem to react to his veiled cues.

One day, he called her and told her: “Mary, I need to apologize for your behavior” The line went silent, then she caught on and laughed and talked with him about it.

He had created the space for both of them to talk about how her behavior was getting on people’s nerves.

In case you are wondering, you don’t have to apologize for others’ words or misdeeds, just yours.

Why and when should you apologize?

Deep inside you don’t feel you owe anybody an apology. You may feel you just “won the argument” or that the other person “is just too sensitive”. If this is the case, you need to assess the value of the relationship against the value of winning the argument or having things you way. Do this assessment with love and compassion in your heart. Recognize the damage and hurt you are causing on two counts: (1) the offending words or actions that caused the rift and (2) the fact that you haven’t apologized for what you did or said.

What if you are the one that is expecting an apology?

If you are the offended one seeking an apology, I suggest this is an opportunity for your own growth. Even if the offense is enormous, even if you think someone owes you the mother of all apologies. I suggest you stop focusing on the person that owes you an apology and the deed that merits the apology. Instead focus on you and why you need an apology.

Here are some possible reasons why you feel someone owes you an apology: 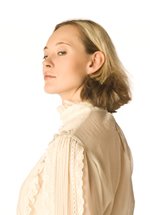 You need to be treated with respect.

You are hurt by the words that were said against you.

You are hurt by what someone did to you.

You have dignity that won’t permit you to accept such treatment.

Your reputation is being smeared the way you are being treated.

You can’t put up with people that behave in inappropriate ways.

This list reflects an internal need for respect, which in excess can be unhealthy. We all want to be treated respectfully, but when our need for respect is excessive, we may be giving too much importance to ourselves. It's time to make adjustments and get our sense of self importance in check.

When someone offends you, deal with the offense on two levels: (1) get and accept the apology if and when you get it and (2) avoid internalizing the offense. Think about the words of Eleanor Roosevelt, “no one can make you feel inferior without your consent.”

The next time you find an apology is in order, by all means, give it... or accept it. Remember the tremendous power that apologies have to mend relationships.

Where do you want to go next?