My peer thinks he's my boss 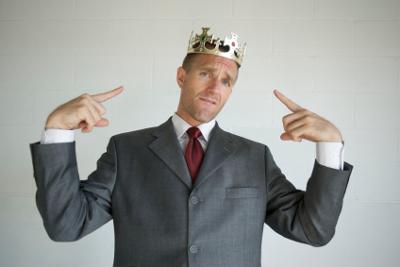 My peer is acting like he's my boss. We are at the same seniority level and both carry some different responsibilities. I work on several projects including his. When I work on his projects, he treats me like a subordinate and not an equal. He recently got a promotion and I think it's going to his head. He hasn't always acted this way, just recently.

On one hand peers that unofficially act like bosses are making a mistake.

On the other, peers that officially manage a project can (and should) act like bosses with the project team, even if that includes peers. Why? Because as PMs they have virtual (and temporary) authority established by their project responsibility.

You mention that your peer has been given a promotion recently, that means he’s navigating very difficult waters: between being a former peer and a new boss.

Do a mental exercise. Put yourself in his situation and imagine how you would handle the promotion. After all, you are probably going to be in the same position at some point: you’ll be promoted and you may still be dealing with your former peers.

You know can’t keep them as peers, your promotion dictates that they are now your subordinates. You’ll have a new peer group to join and be accepted into (which can be another whole story of struggle).

As great as promotions are, they aren’t easy to handle, some people fail miserably during this transition. Your co-worker is being watched not only by you and other peers but by his boss, so if your co-worker is failing at handling his promotion, his boss is bound to draw this to your co-worker’s attention for correction.

What I would do if I were you is learn from your peer’s mistakes because sooner or later (hopefully sooner) you’ll be promoted as well. At that point I won't expect to get letters from your former peers about how your promotion is going to your head. Because you'll have learned your lesson from the mistakes of others.

Join in and write your own page! It's easy to do. How? Simply click here to return to FAQ.