Information Technology and Human Communication in the Workplace

The relationship between technology and human communication has been controversial from the get go. 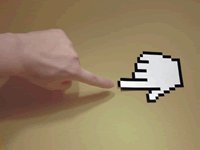 On one hand, people argue that we are spending less face time and becoming distracted about real life and more focused on our online lives.

Conversely, others argue that we are more connected than ever, that we live in a real time world, where global communities continue to get formed and interact.

Human communication is shaped by the technology that is available at any given time. People often ask if technology isolates people or brings them closer. Technology does neither, it just transforms the way people communicate.

Information Technology and Human Communication - How do they coexist?

People will use technology as an enabler to communicate with those they want, and as a barrier to block out those they don’t want to connect with.

Information technology has helped satisfy some of people's social needs: the need for self expression, for connection with others, for community and for recognition.

With the invention of the computer, communication in the workplace began a transformation that is still underway.

With computers, people began to be able to (1) share stored data and information and (2) produce printed materials with greater ease. Initially, we envisioned a “paperless” world. But today's overflowing in-baskets and file cabinets tell us otherwise.

The ability to store information set us free to store ever growing amounts of documents, photographs, video, and audio files. I remember buying my first IBM XT computer with a capacity to store 10MB of data. I thought then (1984): I'll never fill this up." Today's personal computers have hundreds of gigabytes full of data.

Ever since email became widely adopted in the corporate world, several irreversible shifts in the way people communicate have taken place. Those shifts include, among others: (1) The control over who communicates with whom has shifted a bit from strictly following communication channels to more unexpected communication patters. (2)The burden of deciding on the importance of any given piece of email, has shifted from sender to receiver.

As more people embraced email communication, another technological transformation took place. People began to use distribution lists and online bulletin boards to form groups to share information with about subjects that mattered to them. Forums were the beginning of collaborative tools that satisfied another human need: the need for community.

Online bulletin boards and forums were one of the precursors to today’s online social networks and collaboration tools.

Social networks have fulfilled yet another human need: the need for self expression and recognition. Some view social networks as a means of letting our narcissism run rampant. If taken to extreme, self-expression could very well border on narcissism.

What follows is a collection of Social Networking articles that touch on various aspects of communication.

Tips for Effective Email Communication Email can be a great productivity tool and it can also be a big time waster. Read these tips on how to make the most of email communication.

What is Twitter? People are hearing the word twitter in the context of online communication and wonder what it is. Click here to learn what Twitter is and how to start tweeting (or twitting)

Is face to face communication relevant or has it been pushed aside by texting, social networking and cell phones?

What is Social Networking? and how it’s shaping the way people communicate.