Are bullies born bullies? To date, no research has shown that the reason why people bully is genetic.

Most bully behavior starts early on and continues for as long as it is allowed, first in school, and later in the workplace. 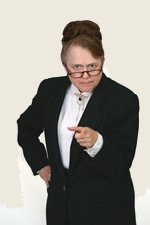 The school bully and the workplace bully have a lot in common, even the proportion of bullies to others is about the same in schools and in the workplace. According to a 2007 Zogby survey, 13% of people have been bullied at work, while in schools, the percentage of bullies is about 11%.

The key difference between school bullying and workplace bullying, however, is that in the workplace there is a well established hierarchy of power, who has power over whom is officially established. There are known consequences for sidestepping the power structure. Bosses don't get bullied by subordinates, it just doesn’t happen, you are more likely to find an abusive boss. The official power structure dictates who can get away with bullying and who can't.

In this article we will focus on why people bully in the workplace.

Why people bully at the workplace…

The first reason why people bully at work is that they lack good people skills, they just don't know how to hold employees accountable in a direct and respectful way. Bullies are usually the children of authoritarian and aggressive parents, that now find themselves in a position of authority. So, they do what they learned: when in charge, you are authoritarian and aggressive.

The second reason why people bully others is because they can get away with it. When someone decides not to take it anymore and stands up to the abuse, bullying is pretty much over, the abuse stops.

How do you know if you are a bully’s target? How can you tell if you are the victim of verbal abuse? There are many signs that tell you if you are the target of a bully, although you may not immediately identify with them. You may be in the denial stage, still trying to appease the bully and still trying to make things work. A very good book to help you see if you are dealing with bullies is "The Gentle Art of Verbal Self-Defense" by Suzette Haden Elgin. The author lists the most common types of verbal attacks and how to deal with them.

Even if you have the best disposition you may eventually be affected when interacting with a bully in the workplace. If you have reached your limit, if you are ready to stop the abuse, these ideas on dealing with bullies will be helpful to you.

But, what if the bully is you? Perhaps we should change the phrase from why people bully to why you bully. Will you be aware enough to know that you're hurting others with your behavior? Look at the list of behaviors that identify a bully and see if they fit you. If you are a bully and are in a position of leadership, be aware that the damage you're inflicting in the organization is much larger than just to those you are abusing directly. You are setting an example and creating a culture that says it’s ok to be abusive. Others may follow.

The fact that you may have been verbally abused as a kid doesn't mean you have to perpetuate the cycle of abuse. One option is to seek therapy to heal and change your ways. You may be tempted to defend the extremely severe approach to discipline on the basis that it's the right thing to do, after all you came out all right, or so you think. Avoid yielding to that temptation. Instead, take a good look at the prices you're paying for being abusive with those around you, and with those you care about.

Before going any further, let's identify if there is indeed a bully in the workplace or if the person is just a "tough manager".


You may look at the left column and think “that’s my boss!” If your boss shows one or two of the behaviors, do not rush to label him/her as an abusive boss. It is the combination of the factors listed that paints the complete picture. And just like any other work situation, you have to look at the frequency, the intensity, and the motivation behind the behavior. How often people bully, how bad people bully, and why people bully.